Pray ball! It’s that time of the year! For many fans, baseball IS a religion. For the Jewbellish fan, below is the official prayer by Coffee Shop Rabbi.

What team are you praying for? 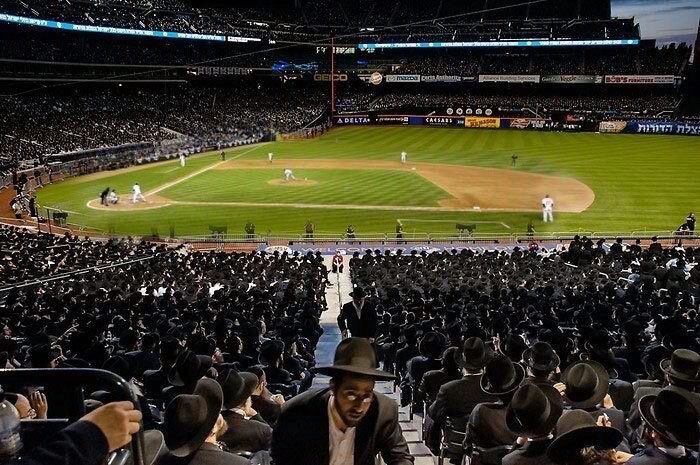 Blessed are You, Eternal our God, Ruler of the Universe, who created human beings out of the clay of the earth, breathing into them the breath of Your life. You set within each human being a love of play, as well as a sense of fair play, and a desire for games that would satisfy both the body and the mind. From these human desires You brought forth baseball, a game of bats and balls played upon the diamond. It is an orderly game, as Your creation is orderly, and a mysterious game, as Your creation is mysterious, revealing to its devotees deep truths about Your world.

It is a game subject to times and seasons, and we give thanks for the fact that we are now at the beginning of the season of baseball. Amen.

It is a game subject to rules and statistics, and we give thanks for the Official Baseball Rules as well as their league variations, and also for the many statistics that add to the strategies of managers and the enjoyment of fans. Amen.

Even as one cannot achieve a five run home run, let our foes be unable to defeat us. Amen.

Even as no one can achieve a quadruple play, let them be filled with dread at the sight of our bats. Amen.

And when the forces of Light and Dark join upon the diamond field, let our players play uninjured and mighty. Let the crack of the bat and the roar of the crowd fill every ear and every heart, so that the words of the prophet may be fulfilled: Play Ball!

And when this season nears completion, when the dwindling hours of day reflect the dwindling number of teams in post-season play, let our team remain victorious to the last inning, so that we may glorify Your Name with the World Series trophy. Amen.

Blessed are You, Eternal our God, who enlivens our hearts with games.

About the Prayer: The opening of the new baseball season (Rosh Z’man Beisbol) is a major festival for many American Jews. Discussions on the holiday are recorded in Tractate Miskhakim (Games) and in Hilkhot Z’man Beisbol (Laws of the Season of Baseball) as well as in HaYachalom HaHakir (The Precious Diamond), a mystical work. The prayer that follow is from Sefer Greenberg, a book of prayers attributed to Jewish baseball great Hank Greenberg, although those skeptical Wissenschaft yekkies insist that it is a pseudapigraphal piece, probably written in about 5768 by a ba’al teshuvah in Detroit, most likely a Tigers fan.

There is disagreement as to whether this prayer should be said at the opening of Spring Training or on Opening Day. Consult a rabbi or your home team office for the minhag hamakom (local custom) upon this matter.