10 Hours of Walking in NYC as a Jew

All he was doing was walking while Jewish. But what happens next is no surprise to any New Yorker.
Posted by: Mendy Pellin

I was giving a talk before 400 people at a reform temple in New York. I started the talk asking the audience to raise their hand if they’ve ever been approached by a hasid asking if they were Jewish.

Every single person raised their hand. In which I uncontrollably responded, “damn, we’re good!”

Last week we posted one such REAL episode of a Chabad Hasid running after a New Yorker to blow shofar. In that spirit, Scott Rogowsky created this video parodying the YouTube hit: 10 Hours of Walking in NYC as a Woman. 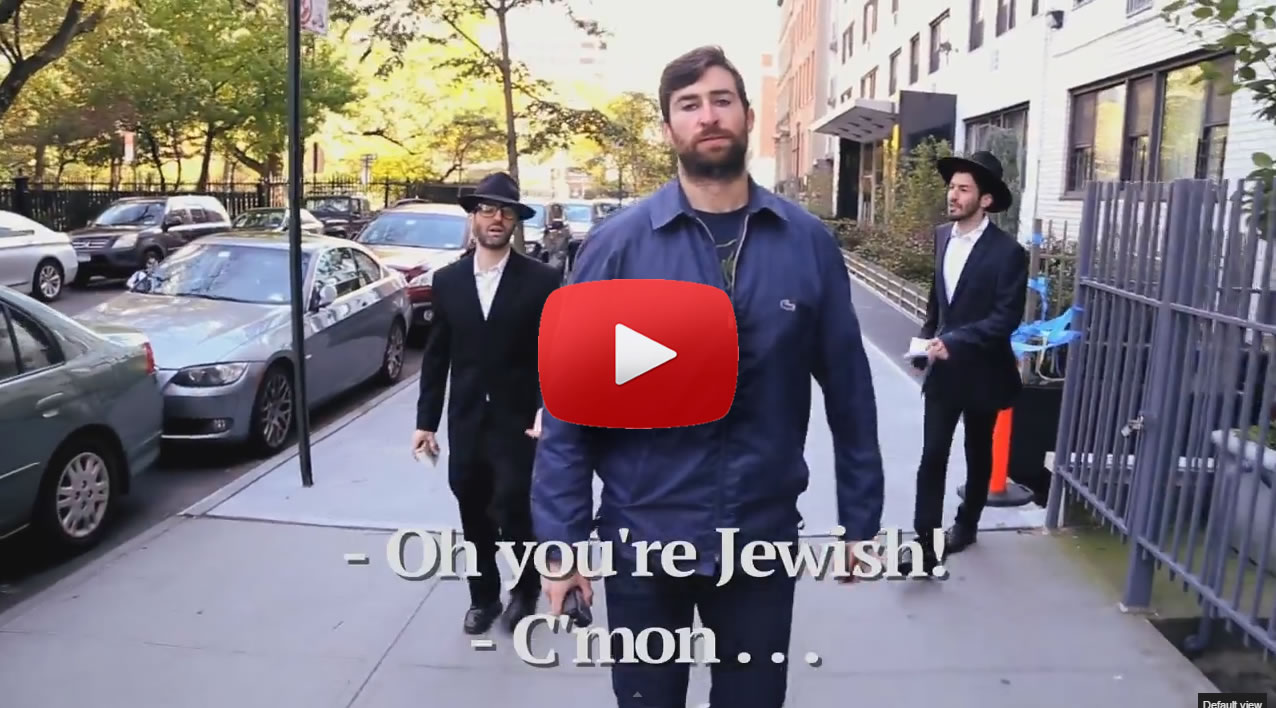