Within hours of its release, the latest episode of “Jewbellish: The Show” was viewed thousands of times, and shared widely on Facebook, Twitter and the Blogosphere. “Temple Run – High Holiday Edition” is a parody video directed by Mendy Pellin for the Jewish sketch comedy web series. It was shot in the Los Angeles area last week.

“Temple Run – High Holiday Edition” features a Jewish character (played by Jason Lott) running away from Temple. He is chased all over town by two Rabbis (Kai Cofer and Tim Huxtable).

“My kids play ‘Temple Run’ all the time,” says Mendy Pellin, a world-renowned Jewish comedian. “When the idea for the video hit me, I knew we had something really funny.” Plans for the video were hatched in July. Production took place in Los Angeles and Malibu last week. “I wasn’t sure we’d be able to pull this off,” says “Jewbellish” producer, Arnon Z. Shorr. “The logistical challenges alone were enough to make my head spin.” Thanks to Mendy’s encouragement, production plowed ahead.

The cast includes two “Jewbellish” veterans, Jason Lott and Kai Cofer, who will appear in later episodes as characters in “Mad Mentsch”, a Jewbellish “Mad Men” parody. Mr. Lott also worked with Mr. Pellin and Mr. Shorr on “A Modest Suggestion”, a feature film shot in 2010.

With eight more “Jewbellish” videos in the post-production pipeline, and the possibility of a second season on the horizon, Mr. Pellin and Mr. Shorr aren’t sitting back to watch the numbers roll in. “I hope everyone who’s enjoying our ‘Temple Run’ parody comes back next week to Jewbellish with us some more” says Mr. Pellin.

The video ends instructing the viewer to “start your year with the RIGHT APP,” referring to the newly released Jewbellish free APP. The APP lets users get their “Jewbellish Score” and see how Jewish they are based on visual, voice, IQ and trivia.

Additional information can be found at the following websites: 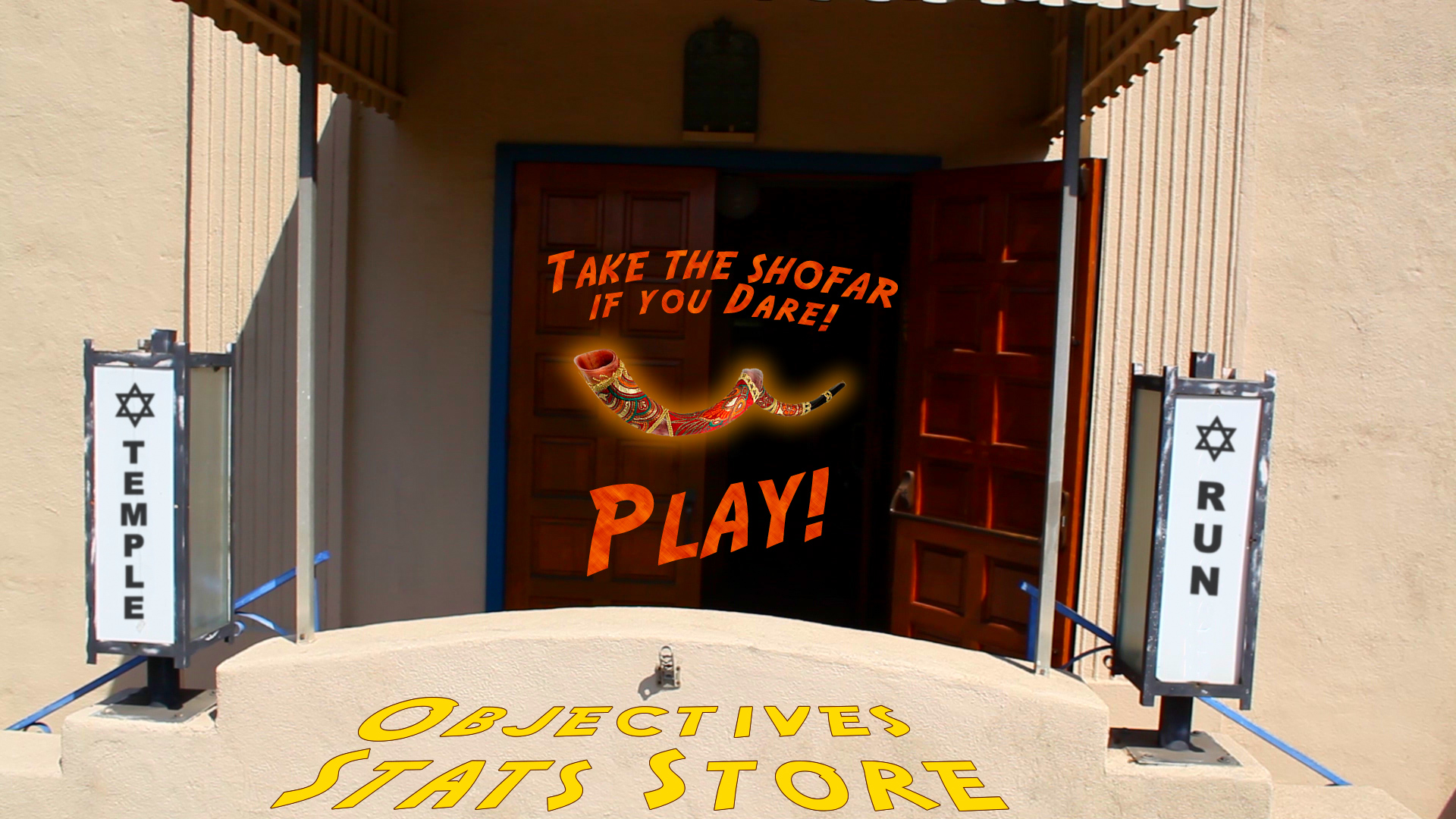