There are some funny Jews out there in cyberspace! Luckily, they all hang out in one spot. Twitter. Here’s are our favorite Jewish tweets from this past week.

It was so much easier to be Jewish before WebMD

And that is why I’m “married to the internet,” Mom.

What do you call someone from Israel that has to sneeze? A Jew — a giter Bachur (@aTvitterBachur) February 24, 2014

My nickname at work is The Neighborhood Jew — JEW CHAINZ (@jewfacekilla) February 21, 2014

Historically this has not ended well.

It must be pretty sucky for Hasidic Jews in Antarctica this time of year. The sun won’t be down until ~10pm. That’s a long ass Shabbat.

Plus they’ll get a cold.

“Welcome to Shlemiels Anonymous. Everyone please have a seat.” *chairs fall over, smash into tables, beam gets crushed, building collapses*

About as successful as “Yentas Anonymous” turned out to be. 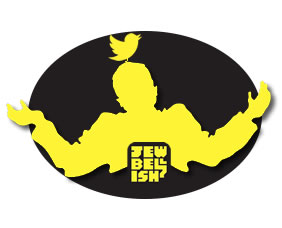