10 Jewish laws you need to know for Valentine's day

Recently, lost pages from the “code of Jewish ethics” were unearthed during an archaeological dig at the Vatican. We mistakenly downloaded them illegally off what was supposed to be a torrent of “the ten commandments” and are proud to present them for the very first time to the public. 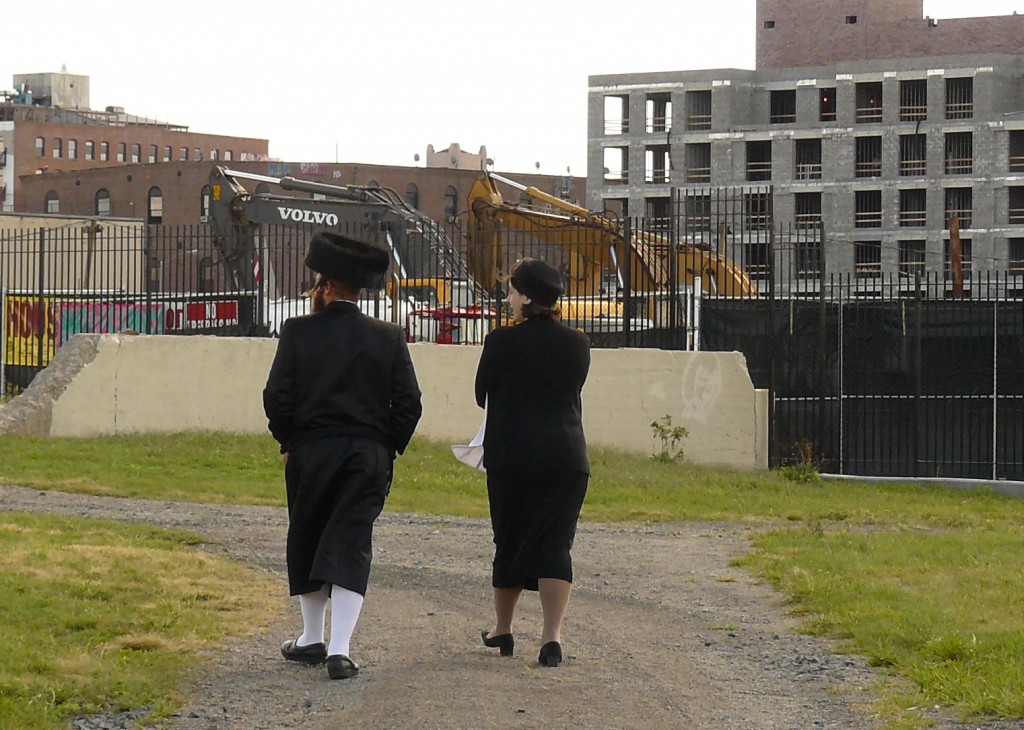 1. The Midrash relates that four angels were sent to Abraham. The first angel, Gabriel, was broad and muscular. He had been sent to destroy the evil cities of Sodom and Gomorrah. The second angel, Michael, was tall and solemn. He was sent to inform Abraham that he would have a child at the ripe age of 99. The third angel was scrawny and wore glasses. His name was Raphael, and he was there to toss healing potions at Abraham’s nether regions and to care for them until they recovered from the circumcision and were “resown with seedlings.” The fourth angel was a chubby baby named Valentine, sent to reignite the romance between Abraham and his wife, thereby ensuring the future birth of a child. From that day forward, ever since the birth of Isaac, people all over the world have celebrated Valentine’s Day as a day of love, rejoicing, and destroying cities we deem evil, such as Baghdad, Kabul, and Detroit.

2. Valentine’s Day is celebrated with the observance of four traditions. “Mishloach Manot” – the trading of gifts to at least two lovers. “Seudat Valentine’s Day” – the eating of a festive meal, if you know what we mean. “Matanot LaEvyonim” – Handing a gift card to your lover. “Kriyat HaMegillah” – the reading of the Valentine’s Day card, usually accompanied by the throwing of chocolate hearts and rose petals.

3. Being that Valentine’s Day is a joyful holiday, it is considered an auspicious time to fulfil the commandment of being fruitful and multiplying. Therefore, one who is meticulous in observing every law should study accordingly until he knows his wife several times. One should also dress in their very best on Valentine’s Day. Therefore, the Rabbis praise the man who brushes his Streimel, shakes his long cloak, and pulls on his prayer shawl vigorously.

4. There is an ancient tradition to cut a hole in a sheet on Valentine’s Day in order to remember the destruction of Sodom and Gomorrah. The hole should be circular, representing the fragility and continuity of life. According to Rabbi Shmuel HaKattan, the hole should not be larger than one cubit, since “size doesn’t matter.”

5. If Valentine’s Day falls out on Shabbat, the man and woman light candles together, after which the man must sing a poem composed by himself, Shakespeare, or Bruno Mars, to the tune of Aishet Chayil. The Challah should be in the shape of a heart, and the Shabbat meal should be eaten together with the festive Valentine’s Day meal, and include traditional Valentine’s Day meal foods such as chocolate hearts, strawberries, and edible garments.

7. One may not give his lover a pre-written card. Rather, one should be careful to purchase a Valentine’s Day card with a clever limerick or romantic ode inside and enough space for one to add a personal message. Nonetheless, a righteous man writes the entire card in his own handwriting. Our sages said, he who writes a poem in his own handwriting is guaranteed a portion in the world, to come.

8. The Rabbis recommend a path of rose petals leading from the woman’s place of work all the way through the streets of your town and into a waiting bubble bath. He who cannot afford it is permitted to purchase twelve roses and place them on the pillow of her bed, together with a carefully worded love note. He who can not afford that is encouraged to travel to a graveyard, select the prettiest selection of flowers lying atop a fresh grave, and present it to his loved one.

Jewbellish also asked for submissions to our Valentine’s Day laws on twitter, and here’s a small selection of answers.

@jewbellish @MendyTV The heart shaped letter you send must be from a reliable source. And the ksav must be legible & written w alot kavanah.

Following is a list of Jewish Valentine’s Day traditions around the world.

Jews of Yemen like playing pranks on their loved one and send each other Valentine’s Day gifts by drone.

The woman of the religious Jewish community of Teaneck, New Jersey have a longstanding tradition to get their wigs done two days before Valentine’s Day.

In Israel, men demonstrate their love by swallowing sabras whole, cutting it out of their stomachs with their bayonets, then stitching themselves back up.

Chabad Rabbis are known to travel to remote corners of the world in order and hand out Valentine’s Day cards to every Jewish woman, in order to “spread the joy of the holiday.”

There is a Jewish tribe in the Amazon forest who are known to dress their babies as angels and have them shoot arrows at each passing airplane.

Jews in Florida celebrate a similar holiday to Valentine’s Day called VALIUMtine’s Day, where they complain about their grandkids and take lots of valium.

The Jewish community of China celebrates Valentine’s Day by eating the heart of a lamb, goat, chicken, duck, goose, turkey, and cow.